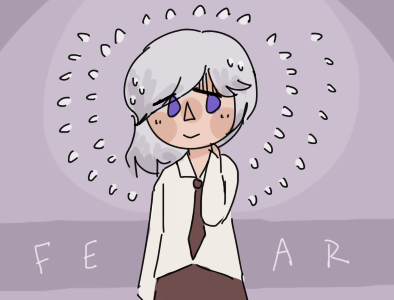 Voice: Medium-low pitch, it's very gentle and quiet. He doesn't project, so it can be hard to hear him at times, and he only gets quieter the more nervous he gets.

Yuuta stands at 5'8", with slightly tan skin and deep blue eyes. His hair is a light gray color, cut asymmetrically in a smooth angle towards the right. The color gradates ever so slightly darker at its ends. He's fairly sturdy from being generally active.

He wears formal clothing when he's in professional settings, but regularly he dresses in a casual way. I don't entirely know how I'd describe his specific fashion style, but he favors too-big shirts, knitted sweaters, neutral colors, and cute floral embroideries.

An only child, Yuuta is fairly close with both of his parents, who support him through all of his endeavors. Homeschooled all throughout, he's always been excessively shy and socially anxious, and as he got older, it didn't seem to improve. His parents tried to encourage him to reach out more, but, well... only so much you can do.

His mother has always been ill fairly often, periodically cycling through hospital visits, which have only increased over time, so he historically bounces between home and the hospital. He picked up gardening at a young age in the mean-time of her being away; she was the one who tended to it, and if she couldn't, someone had to. It worked out in his favor, as he found out he enjoyed doing it-- and it kickstarted his interest in, well, practical hobbies.

The garden grew under his gentle care, and in time he picked up hobby beekeeping; he tried various culinary arts, gaining skill in cooking and baking, but candymaking became his favorite-- it was fun, and interesting, and, well, easily gift-able. In spite of his anxiety, the idea of making people happy with things he made is appealing... oh, and he could use the honey he gets...!

He never opened a shop, but his dad helped him to market his creations to local shops. Who doesn't want locally handmade candy? And also, everything he makes was really, really good. And, well, this setup does somewhat force him to interact with more people, which terrifies him, but he's... acclimating. It was his own idea to head to college, this time, and while he's very frightened, he's trying to convince himself to become more personable.

Yuuta talks very little, mostly only when spoken to, and tends to keep things fairly brief. A former shut-in who spent virtually all his time at home interacting with family, his brain still veers into panic mode often when trying to navigate interaction. It's not exactly his strong suit yet.

Though he's trying to overcome his social anxiety, he still tends to avoid most interaction with people he doesn't know already. However, people being nice to him is a weakness of his; he doesn't expect kindness, so he's always floored when he's shown it, and reacts with great gratitude, easily becoming fond of others.

He is easy to intimidate and prefers to keep attention off of himself. He speaks a little more around people he trusts, but other than family, those can be hard to come by, and even then he's not that talkative. A quiet boy. He is often found busying himself with something or other, not liking to sit around.

All that said, he is excessively polite when he is interacted with. He is a very sweet and considerate person, who prefers to show his appreciation to others via presents and acts of service; giving a gift or doing a favor is much easier than trying to express with words, and gets the point across quite concisely.

No ongoing story. This universe has nothing going on for it babyyy

Chiyoko Maki: She's the one who befriended him first, and coaxed him into this whole situation like baiting a dog with a treat, wherein the treat is "someone was nice to you". Their relationship with each other is clumsy, with Chiyoko being as blunt and loud as she is, but Yuuta is happy to have a friend, and Chiyoko is too, especially one who gives presents.

Shun Shikuza: They get along, but since they're both quiet people, they don't talk to each other that much beyond some short small talk. He feels a little guilty because of that, but Shun doesn't mind, being understanding.

Eri Nanako: The two of them are practically opposites in terms of how they interact with people, but there are ways they connect to each other that others can't. So their communications are rather awkward, but Yuuta appreciates her a lot anyways.

Yuri Taneda: Both being excessively shy introverts, they share a kind of connection. They're the kind of people who can easily share a glance and understand what the other is thinking (or at least feel like they do). 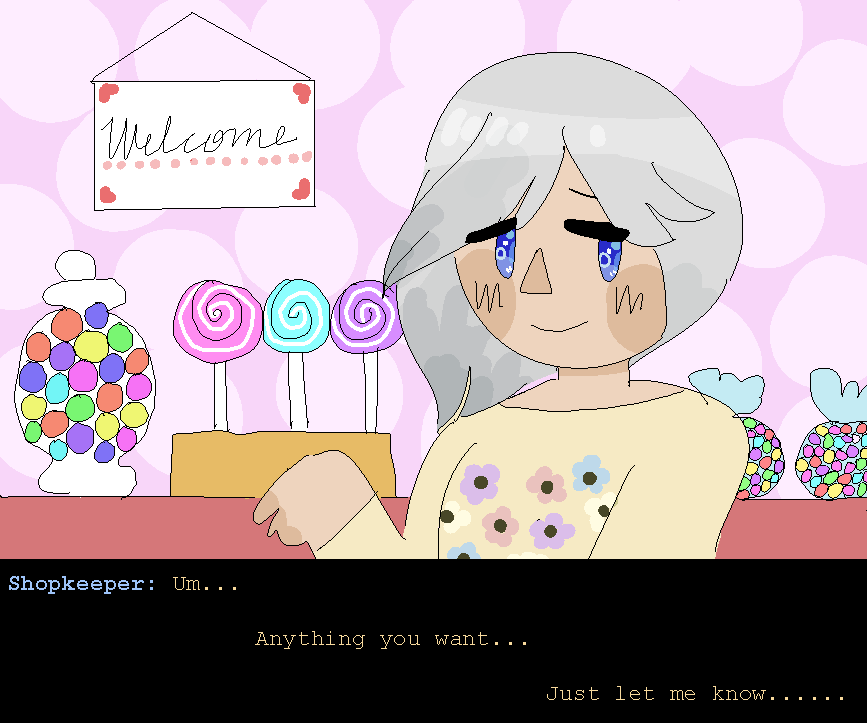 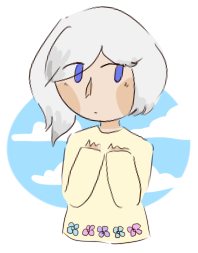