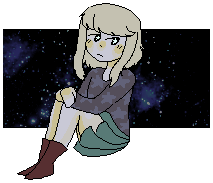 Voice: Conversationally it's very soft, polite and quiet, but when sie speaks more professionally sie's much better at projection, speaking with with an even, calm, easy-to-listen-to tone.

Yuri is thin and willowy, standing at 5'8", with pale skin and very dark brown eyes, almost appearing black. Her hair is a pale blonde, worn with sideswept bangs, the back cut short while the sides reach a bit past her shoulders. The way she holds herself makes her almost seem smaller than she is, as though she's pulling herself together trying to take up less space. Her posture isn't great, but she holds herself together in professional settings.

Her fashion sense is loose, but she tends towards long sleeves. The style isn't so much what's important, but the theme; she wears lots of blacks, midnight blues, dark teals, the colors of "space", and is constantly seen wearing star-shaped things or star-patterned things. In spite of her shy nature, she wears her interest on her sleeve. (Really, isn't that what all good scientists should do?)

Yuri overperformed in high school, skyrocketing to the top of her classes and especially excelling in sciences and maths, getting a particular knack for astronomy. She didn't have much in terms of a social circle, but teachers loved her for her wealth of curiosity and interest in the things beyond, as well as, notably, her incredible, near-encyclopedic memory. As she grew older she participated more and more, studying, attending conferences and doing independent studies, her talents coalescing into newfound research, until she started being welcomed by fellow astronomers, pursuing new discoveries and helping along the way. At some point, she went from working underneath everybody to just working alongside them.

Hir personal life, however, didn't flourish at nearly the same rate. Ever a quiet one in school, sie devoted hirself to research and study, and seemed to block out any attempts to get much closer. Even at home, sie doesn't interact much with hir family... and, suffering from severe self-consciousness, isn't convinced they like hir very much anyways... well, at least hir stellar grades provided hir an easy ticket to college.

Yuri is well-intentioned and sweet, but highly timid, finding that in her free time she is bad at virtually everything other than school. In social situations, she tends to stick to the back and keep quiet. She doesn't want to put herself forward.

She's very knowledgable, but feels as though she has trouble making friends. She's convinced there's something wrong with her, always feeling like the people around her don't actually like her, or that they're secretly thinking about how weird she is. She fears that she gives off bad impressions, and so she secludes herself.

The truth, though, is that sie hates it-- sie's really quite lonely, and wishes that sie could shake off hir anxieties and forge connections with people. Now that sie's in college, sie's trying to force hirself into more social situations, but it doesn't exactly come easy to hir. Sie gets along well enough with the people sie interacts with in class or in studies... but it's hard to see it as "real".

Sie has trouble thinking of ways to respond to things or keep a conversation rolling unless it's about a topic that sie knows a lot about. When not engaged, sie may be prone to zoning out. Sie's easy to embarass. Sie really does feel passionate about the subjects sie studies, and feels comfort in the vast multitudes of space, as though it is the only thing that sie could really connect to as hirself.

Sie's in no ongoing story, but she does exist with everyone else. It seems to be going along fine. Maybe sie has friends? Much to think about.

Chiyoko Maki: Chiyoko is so forward and overfriendly that Yuri has almost no choice but to be friends with her. In various ways, this is both overwhelming and exciting. She doesn't quite know how to act about it, but she's happy.

Shun Shikuza: Shun takes extra effort to interact with Yuri, which is always surprising and humbling to hir as someone with, uh, the kind of mindset sie has. Sie longs to become closer, and wants to learn more about them.

Eri Nanako: They have trouble seeing eye to eye, since their individual neurodivergencies don't mix too well together, but they get along fine. Yuri secretly has a bit of a complex about it, and yearns to bridge the gap between them, but then that kind of yearning makes her a little more nervous as well...

Yuuta Watanabe: She feels a kind of rapport with him, as they're both quiet and terrible at talking to people. Of course, it's not in the exact same way, but it does feel kind of nice when you can just look across the room and nod at the other quiet person there and feel a kind of understanding of each other. 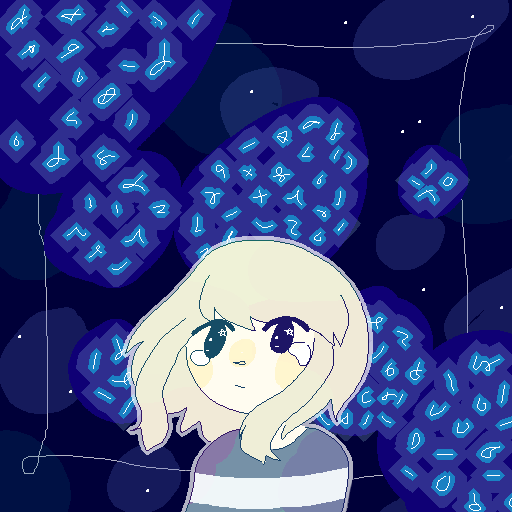 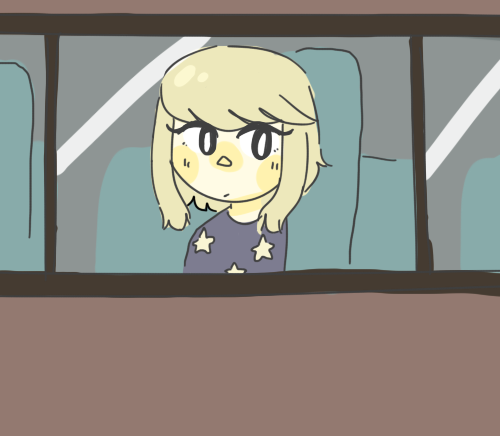 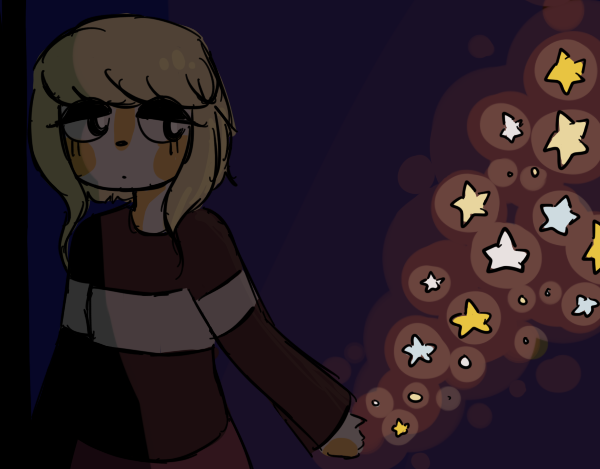 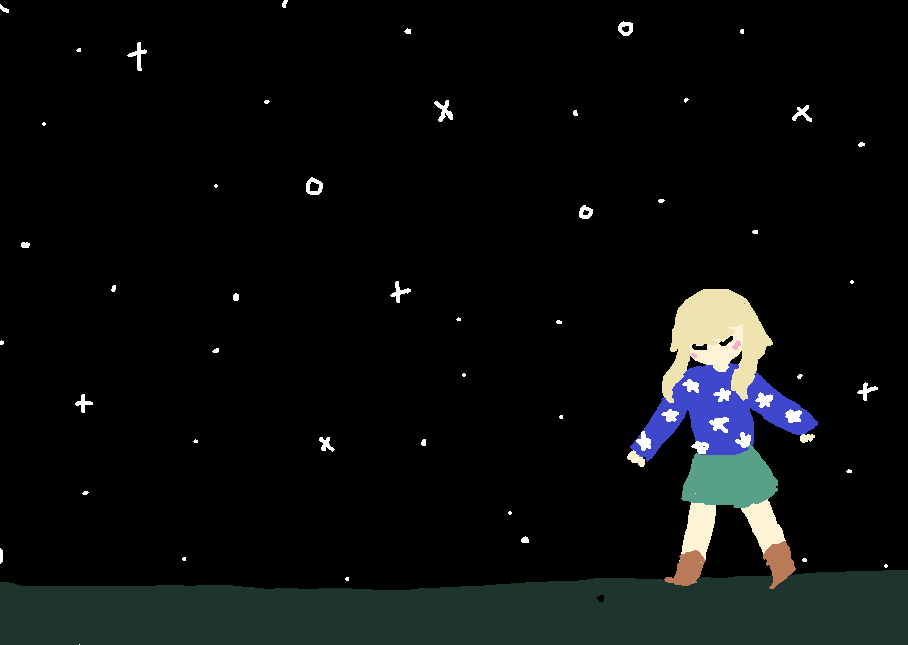