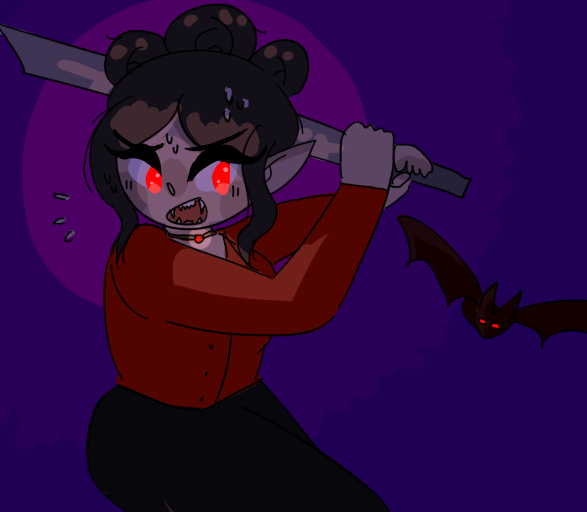 Voice: Medium-high pitch. She has a heavy Transylvanian accent. She speaks in a very dramatic and over-the-top way, voice raising and lowering dramatically as she enunciates for different emotions.

Vica stands at 5'4", has sharp fangs and longly pointed ears. Her skin is pale and very washed out, amounting to sort of an ashy color. Her eyes are bright red. Her hair is black and wiry, rarely worn down and often stylized into some kind of fancy-looking hairstyle that probably was more trouble than it was worth.

Her fashion style is very extravagant, but also extremely ill suited for farming life, and as such she finds herself needing to tone back her taste into modest, tasteful working clothes. This is giving her some trouble, but her current go-tos are red shaded button-ups and form-fitting pants. She wears around her neck a black choker with a red bead in the middle, which lights up when it's dark; a trinket she found in the mines that she adapted into a fashion item. She hates that she has to wear working boots instead of something more fanciful so much. She hates it so much.

In her past Vica lived a life of luxury, a famous celebrity flourishing in her home city. She was loved by all, constantly making appearances on TV, taking interviews, living it large in her poolside mansion... she was living the dream life. She was soooo happy.

It all came crashing down when her secret truth was revealed; that she's actually totally bitter and spiteful, only acting polite and loveable as an act, while she actually hates the majority of people she comes into contact with. She lowered her guard a little too much, and people were furious to find out the truth, running her out of town and running her name into the dirt.

Now unable to return to anywhere that knew her name, she ushered herself into a secluded part of the country, doing something completely unbefitting, around people who definitely didn't know who she was... indefinitely. She has plans to build her name back up, but, uh, it's not gonna happen anytime soon. She's ageless, so that could be worse, but living like this in the meantime... well, she's having trouble making the most of it.

In interaction with others, Vica is completely over the top polite. She wants everyone to like her very much, and puts on a performance of being an extremely nice, generous, lovely little person. She's very good at this act, albeit at times putting it on a little too strong. She'll give expensive gifts, give excessive compliments, she'll say exactly what she thinks people want to hear. She's very over-the-top.

In secret, though, she's extremely tired of people. She doesn't like 'em! She's lived a long time, and she's seen people suck in just about every way they possibly could, and she's just, like, over it. When she interacts with someone, all she can notice is their flaws, and it pisses her off. Everyone sucks! She doesn't want to interact with them! But she loathes the idea of being hated, or having to live in the shadows. So she puts on a show.

You would think being hyperaware of the problems of others would make her cognizant of her own, but unsurprisingly, she has a double standard within her head. If she noticed someone else was being two-faced, she'd absolutely judge them for it, even though she is just as if not more two-faced.

Overall, she's kind of a crummy person. But hey, everyone has room to grow, even vampires. Maybe being forced to be a humble farmer around humble townsfolk will shake up her worldview enough that she'll start to reconsider? Well, we'll see.

Over the years, she's gotten used to her cushy celebrity life, and the sudden adjustment to the farm life is killing her a little. She spends a lot of money on things like decor, in some attempt to make her meager findings into ones more suited to her taste. Being chased out for being a two-faced little brat hasn't seemed to teach her anything, though -- she's just putting on the same act, for different people. Hmm...

As of the point of her current file, she's been at it for a while now, and her work ethic has reached the point of being at least passable. She has a noticeable style, her farm sorted into cute little sections, like she can't help but try to make everything she does look ideal. It definitely needs some work, though. But... I trashed her file with mods, and then lost the list of which mods I used when my computer crashed, so uhh... might be restarting soon. (It could probably use it anyways)

All the townsfolk seem to like her, since she's so nice! As for her opinion of them, uhh... well, it's not so great so far. No one has quite won her heart just yet. Maybe give her some more time? 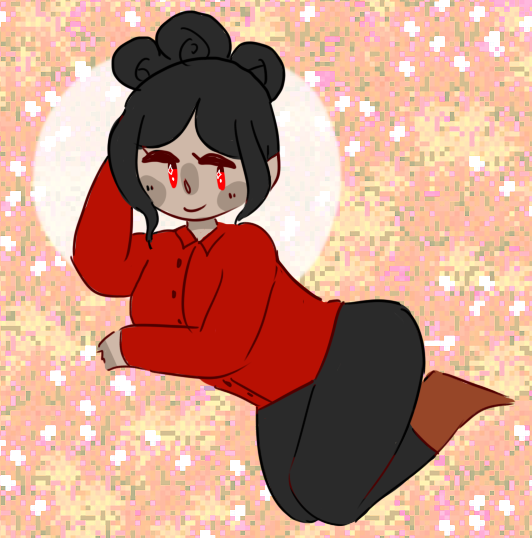 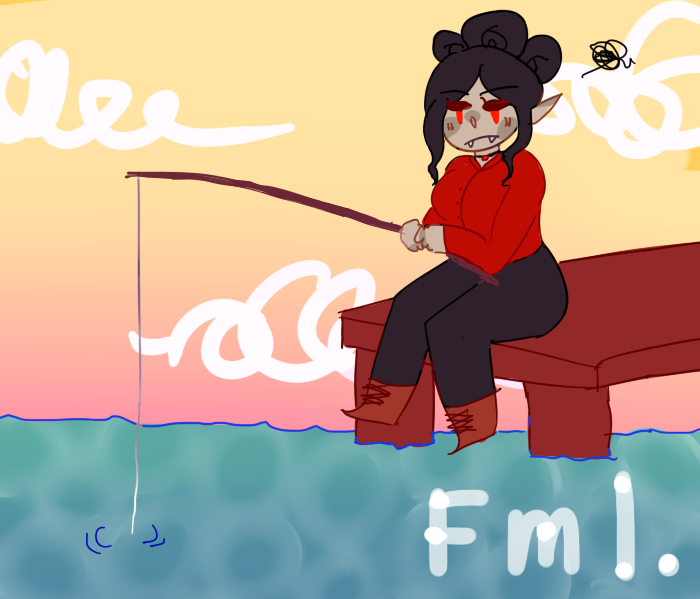