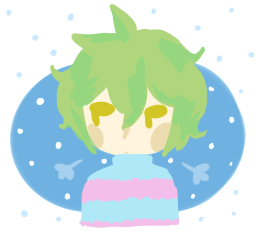 Voice: Medium-pitch, even, quiet and controlled. Might sound a little monotone.

Shun stands around 4'9", small in size and stature. Their skin is quite pale, and they have yellowy golden eyes. Their hair is often messily-styled, dyed green throughout in an uneven and patchy way from repeated rebleaching and redying. They have a tertiary enjoyment of makeup, and have fun doing things with it that are a little abnormal, swooping their eyeliner under their eyes or using brightly hued eyeshadows.

Shun owns a lot of clothes and cycles through them regularly, it's uncommon to see them wear the same thing twice unless you spend a lot of time with them. They pick up a lot of clothes from their mother, who also sometimes uses them as a test dress-up doll, a role that they don't mind taking at all. They've picked up some of her fashion sensibilities, dressing themselves and nice and interesting ways. It's hard to tell if they actually have an interest in fashion, or if they just arbitrarily dress themself up as a result of how they were raised.

Shun's mother is a fashion designer, not necessarily famous but not unknown either; they've never met their dad, and from the way their mother talks about him, they wouldn't have wanted to. At a young age, they moved from the family home out to a high-rise apartment in the city, and as a result, most of their interactions with extended family are mitigated to childhood memories, rarely seeing them post-move.

Their mother is quite busy and highly disorganized, always having multiple projects handled at once and things strewn about. She's very nice, amicable, andher and Shun get along great, but as a result of her lax attitude and tendency towards disarray, Shun grew up being half of the force taking care of things behind the scenes, taking care of phone calls, keeping track of things so that everything didn't go completely haywire. They became an unofficial part of the business, and some part of them wondered what their mom would do without them if they ever left.

As such, since they were youngish, and as their mom does fair number of events, they've put themselves at the helm of things to keep them running smoothly and organized. As they've grown older, they've grown into the role more and more; they might not act it in their personal life, but they're a pro at keeping a handle on situations, doing things that need to be done, branding, budgeting, negotiation... it's the kind of thing that's traditionally very high stress and demands a lot, but having grown up like this, it's practically second nature to them by now. Their mother is completely thrilled that they do this, and recommends them anytime anyone they know is in need. As a result, they've made a bit of a name for themself; if someone needs an event taking care of and they're at a loss, there's a really cool kid who can just come and take the reins.

(And yes, they are getting paid for it now. Their mom isn't a jerk.)

Shun is a quiet person, but not in a way that they're shy... mostly they just don't seem to have a lot to say. They prefer to listen; they love to hear other people talk, and are quick to initiate conversation and ask people questions about themselves. They're a people person, definitely, just not much of one to talk a lot themself.

They're generally flat affect, and don't express themself openly. It might be hard to decode their feelings, when they don't really show it in their face or tone much. They aren't unemotional, just unexpressive. They also cover their mouth when they laugh or smile a lot; they're like this in general, but it does seem like being freely emotive is a little embarassing to them as well.

Shun is very trusting, and believes wholeheartedly in their friends. In turn, they're deeply hurt when they're lied to or have their trust betrayed. They like being around others and seem to dislike being alone; if someone they know is around, they're quick to flock to their side rather than hold their own. They're the kind of person who tends to get along with everyone, not quick to give up on others, and they often go along with things other people ask them to.

They avoid showing negative emotions, or expressing negative thoughts, desperately wanting to avoid being burdensome. They're someone who gets lonely easily and longs for reassurance, but refuses to express it in the interest of not making people feel forced to be around them. Generally, they cope with stress and sadness by pretending it doesn't exist, which... can't be said to be the best coping mechanism.

On a side note, they're very physically affectionate, and would love to be cozied up to people at all times, but they don't really express this unless it's explicitly clear that it's okay. They don't want to make anyone uncomfortable.

Well, they aren't in any kind of ongoing story right now. I like to imagine they exist in the NDR universe as a friend of Hanoka, but completely unrelated to the story and nothing bad happens to them.

Chiyoko Maki: Chiyoko is overt with affection, and they're both friendly people-likers, so they get along well. Shun doesn't always know how to react to her, though, since she kind of commands response, which isn't really Shun's strong suit.

Eri Nanako: Eri likes to infodump, and Shun likes to listen, so they have a good rapport. Eri's a little awkward at interpersonal discussion, and Shun isn't great at mitigating it, so they have trouble talking about themselves.

Yuuta Watanabe: They like each other enough, and they do chat, but most of their conversations only last a minute or two. It's getting better, though, and Shun doesn't mind, anyways; that's just how Yuuta communicates. It's fine.

Yuri Taneda: Shun makes a particular effort to talk to her, since she's so withdrawn in such a lonely way. They aren't that close yet, but Yuri seems appreciative, albeit surprised that someone would take the time. 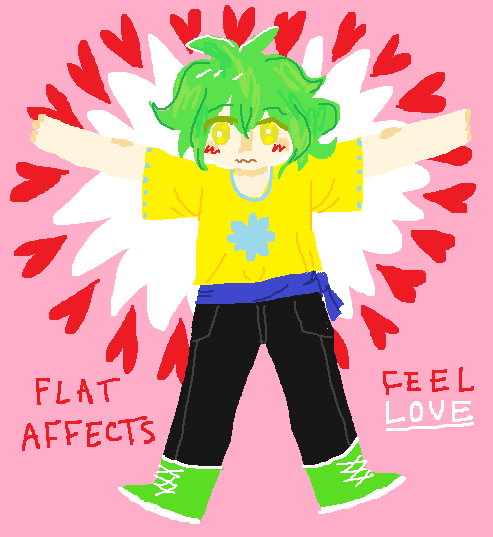 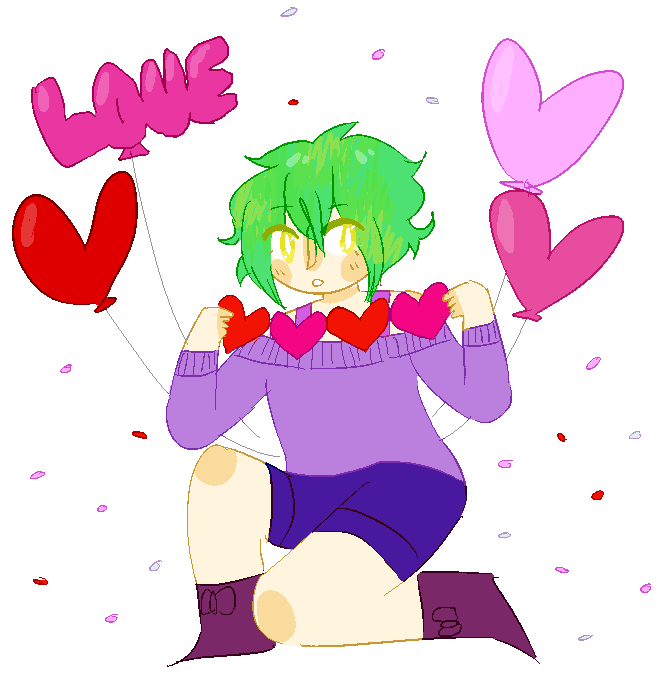 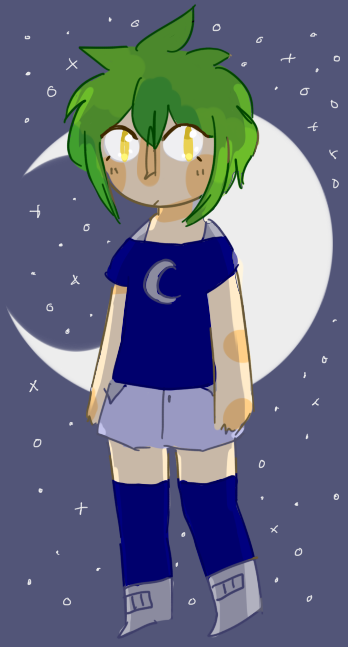 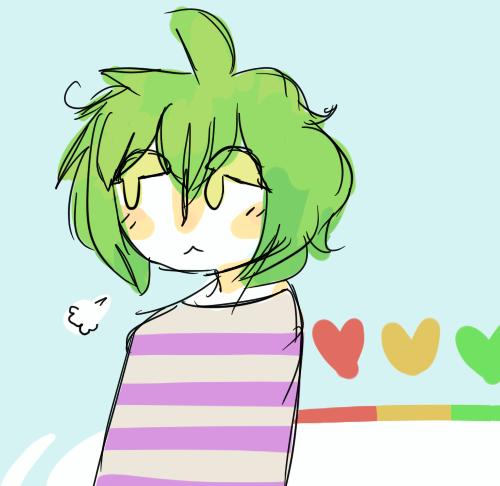