Species: Divine (Daughter of an angel); physically, largely the same as a human, in practice

Identity: Divine entities are "born genderless"-- no connections to gender and implicit connotations that they are beyond such things, however, Rosie has decided she is a girl on her own time. Orientation unclear, but, like, not straight, tho?

Voice: She has an odd intonation and mild accent that you can't quite place. Medium-lowish in pitch, she speaks very clearly, with a calm and even tone. Easy to hear and understand.

Rosie is of average height and has silky-soft pond green hair, often kept in ribbon-tied twin pigtails. Her eyes are a darker shade of pink-brown. Her skin is light, but not pale; somewhat tan, and rather flushed. She's strong and sturdy, has excellent balance, and isn't easy to overpower.

Roselaine was created by the angel Anaschedionsim, raised to a certain age in the celestial plane, and sent to Earth as a holy emissary. Oftentimes, divine children are sent with some intended purpose for sending them to Earth; some kind of actions they must take, a mission from the heavens, but not all of them are, and Rosie is not. In these cases, the children are generally just sent to set some kind of good example for humans; to live a blessed life, advance the pursuit of goodwill, surround yourself with other people and live a perfect life as a beacon of light to the world.

Rosie herself, though, fails to reach this perfect poster child status. Not that she's darksided, or anything like that, but she lacks an interest in living a flawless existence devoid of temptation to live freely. She has her own interests, and a way she wants to live, and defiantly lives life in pursuit of those.

She feels some mild lack of confidence in her existence, jumbled by her technical inhumanity versus her pursuit of a human-like life, the concept of being eyed by the celestial plane, navigating life with the bizarre set of circumstances behind her. But there is not very much to be done about this, so onward she moves, not quite sure where she is going, or what kind of purpose in life she would like to move forward into.

Rosie is a quiet person who keeps mostly to herself. She doesn't hate humans, but finds an awkwardness between herself and them, and finds herself better suited to quick, short interactions. She is kind to others, but does not seek out their company, though she'll come to the aid of people whom no one else will seem to help. She's not good at holding any kind of casual conversation, though she's quite good at being informative and explaining things.

She is not a hugely active person, spending a lot of time inside of her home, tending to her garden, reading her large collection of books, tinkering with objects or wrapped up in her own affairs. She likes to wander, as well, exploring abandoned places or seeking out the more hidden crevices of towns. Every once in a while she may find herself a regular at some hidden, tucked-away market or cafe that rarely sees customers.

Rosie has very low empathy, but this does not signal a lack of compassion. She is excessively perceptive and well-attuned to people's feelings. She is stubborn, and is rare to listen to the suggestion of others, preferring to decide things for herself than listening to other people's thoughts. She strongly trusts her instincts, and listens to what her heart tells her to do.

Someone who feels out of step with this world, she feels some kind of kinship with things that are strange or supernatural, and has a tendency to investigate such things. She enjoys unravelling the mysteries behind odd and unusual circumstances. They simply feel familiar to her.

An evening in winter, on a long stretch of town roads towards home, Rosie notices what appears to be a person peeking out from the dirty, dilapidated windows of the lowest floor of an abandoned factory. Breaking in through the old locks keeping the doors shut, she finds someone unusual, covered in lots of draping, mothbitten clothes and with messy, asymmetric hair. She can talk, but seems to know almost nothing about the world. She doesn't know her own name, or anything about herself. It's as though she simply popped into existence in this factory one day and was never let out.

Rosie, her conscience not letting her abandon a helpless and clueless stranger out in the cold of nowhere, brings the nameless person home, and attempts to integrate her into the world. Of course, she has no idea what is going on here. But she wants to find out, and the easiest way to do so is to observe from the source. Well, not only that, though. She does sincerely want to help this person, as well.

Nameless: Despite Rosie's more reclusive nature, she enjoys the company of her mysterious new friend, though she couldn't tell you why. Maybe just because she is so definitely, absolutely not human. She wants to learn more about her, and gently tries to probe her for information in between patient and rhythmatic explanations of virtually everything in the world. 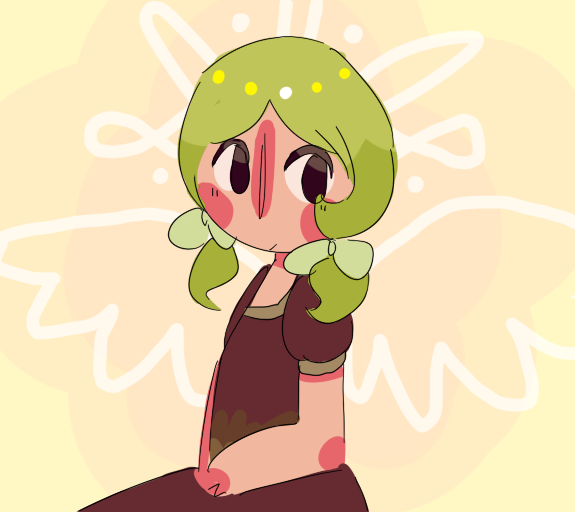 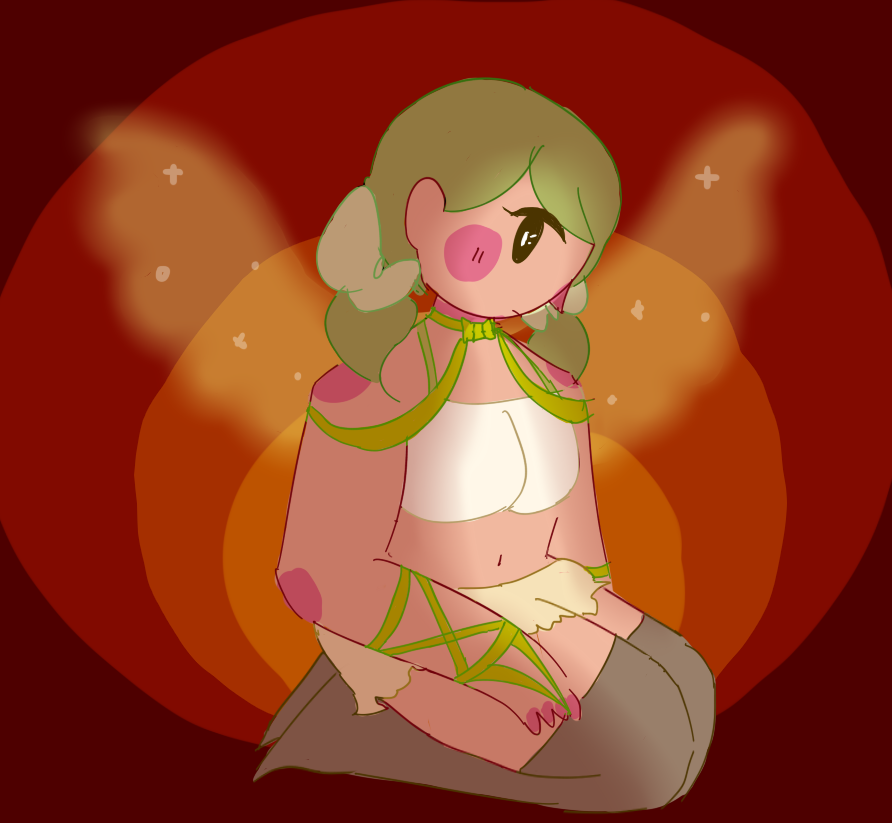 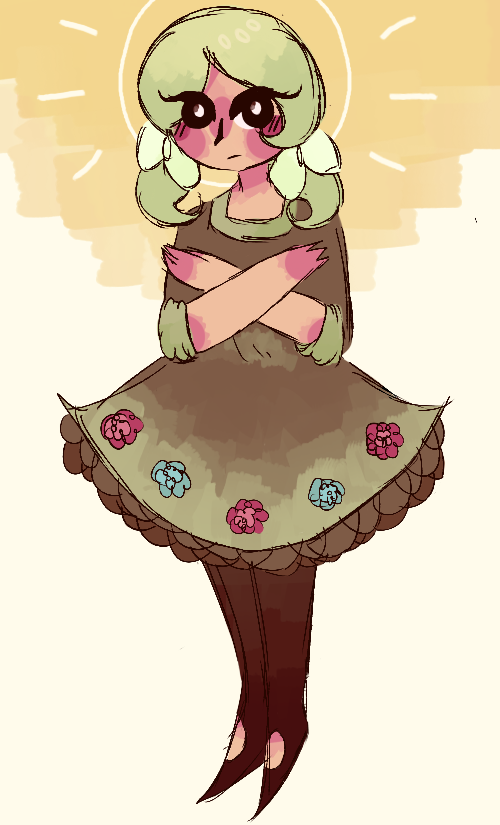