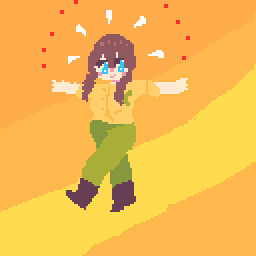 Identity: Bi nonbinary; they/them mainly, but they'll accept she or he

Voice: Mid-high in pitch and proper-sounding. Talks with a cadence that makes them seem like they know what they're talking about, though there's plenty of times they don't. They sound friendly.

Lilac is medium in height and slim, with light skin, bright blue eyes and chestnut brown hair that they typically keep tied into 2 braids. Physically, they're rather weak, relying on magic to really get the job done. Their fashion sense lends towards earthy tones, enjoying looser fabrics and fashionable styles. Later in Wild Atlas, they're always seen sporting an emerald butterfly pendant on their clothes.

Lilac grew up in Brackish Mire with their family, and always had a strong penchant for magic, fascinated by the subject and the people who wield it. As a kid, they tried to mimic the magic they saw of others, and idolize the various smalltime wizards who would pass through. As time went on, it became an all-consuming interest, their bookshelves filling up with writings on the subject, their notebooks flooding with research. There became less and less that they didn't know... but, ah, one can only learn so much staying in one place all the time.

As they grew older, their father began to travel, going from place to place, and sending letters back home for the two of them. Maybe that was what sparked Lilac's longing for adventure, or maybe it was pursuit of knowledge-- either way, once they were an adult, they found themself leaving home to explore the world and learn what they could in its various places.

Lilac is a polite and friendly person. They love people, and find a comfort in being around others; they find a relief in not having to rely on their own company all the time. They're eager to help when they can, and generally interested in leaving a good impression. They hate starting out on the wrong foot-- they'd rather just befriend everyone instead.

Their interest in magic is earnest, and they want to learn as much about it as they possibly can. To them, it's a beautiful mystery of the world that they long to unravel and understand. Is there anything more tantalizing? Surely you'd be interested too, right? They're happy if they can be informative to others, as well, patient in explaining and answering questions if they come by.

They do their best to be polite, and make some kind of effort to be appealing to others, but tend to be somewhat awkward interpersonally anyways. Their affect isn't as suave as they hope it is, and ultimately, they are basically a small-town nerd. Only so much you can do!

In Wild Atlas, Lilac joins a party, helps restore a dried-up river, finds a lot of snakes, almost gets murdered by magic eggs, solves a horseshoe crab problem, goes on a boat with their uncle-or-cousin-or-whatever and his bf to the end of the world, fights a bunch of fascists, then goes to elfland with a snake and a bunch of weird stuff happens.

Someday I'll probably expand on that, but for now, well, probably not a lot of people will read this.

Maybe someday I'll fill this out! 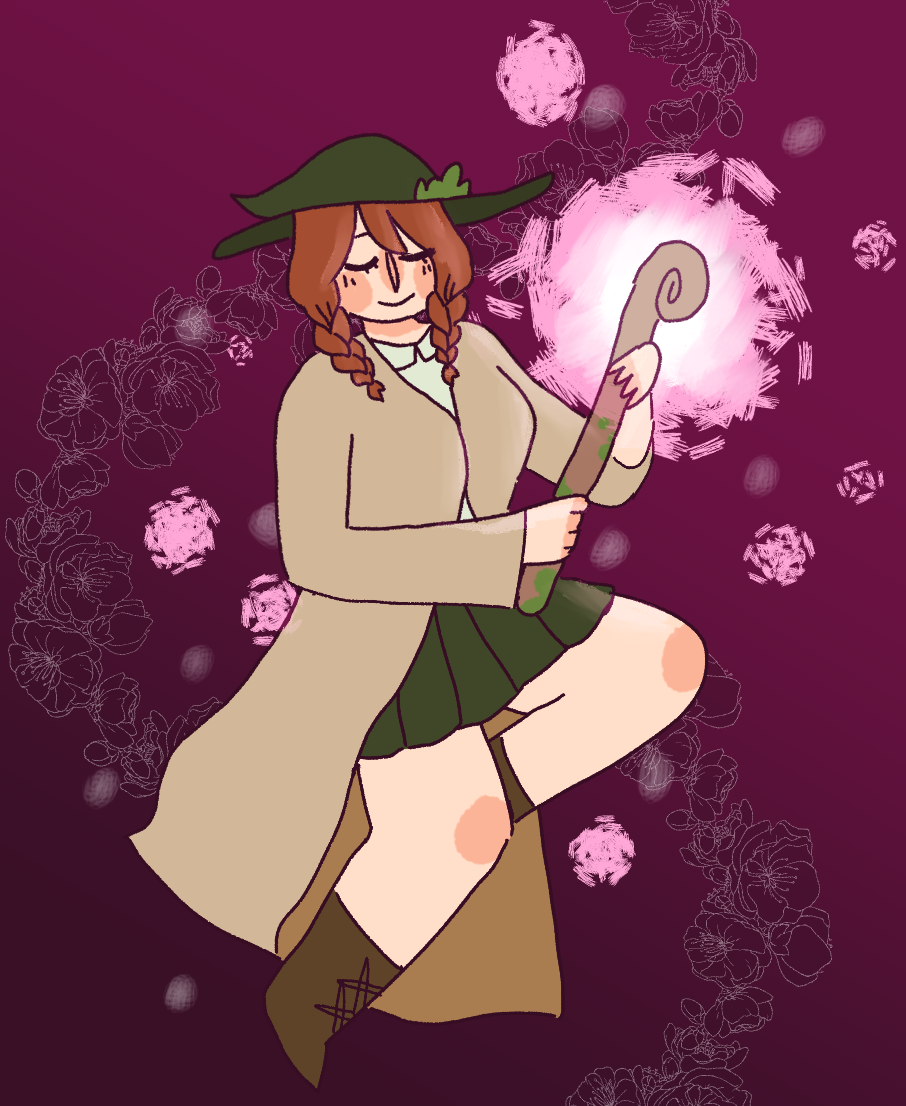 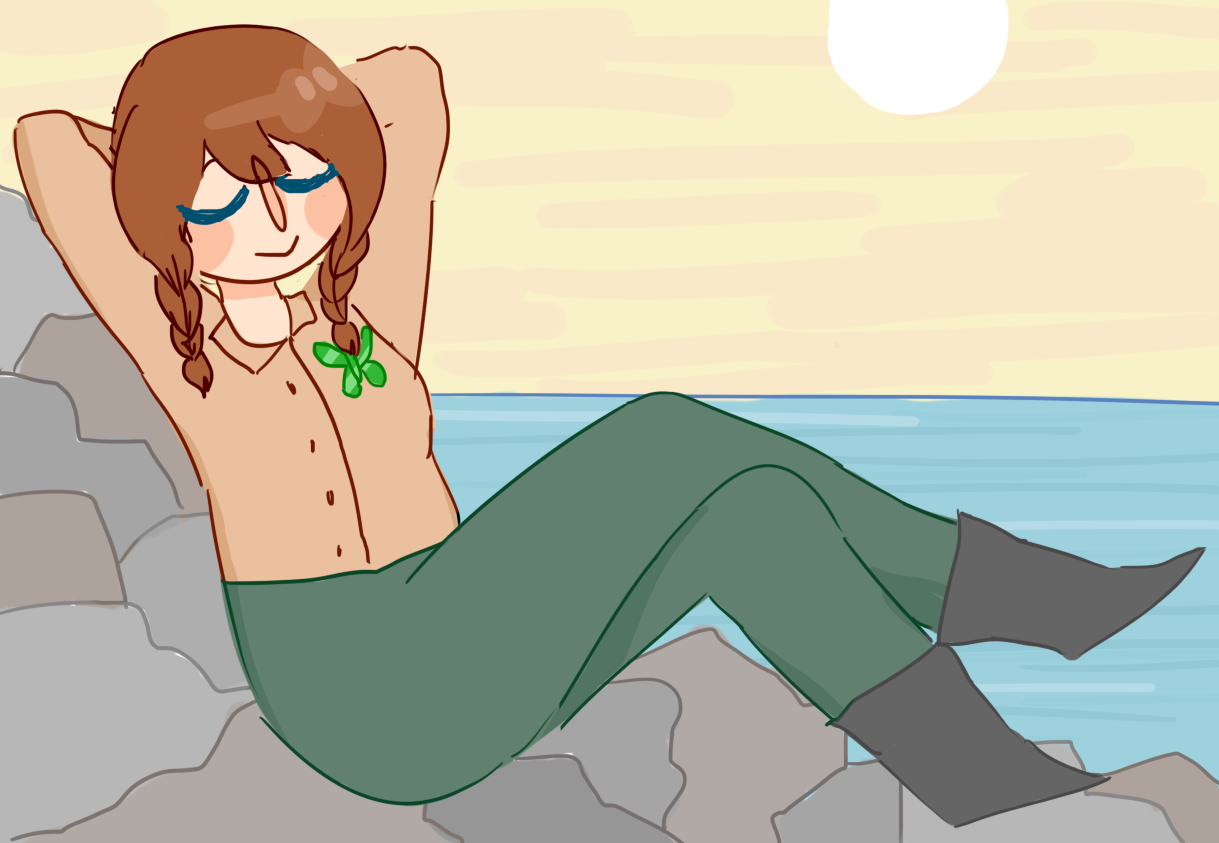 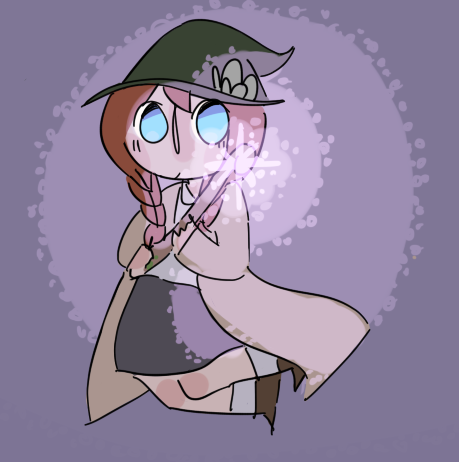 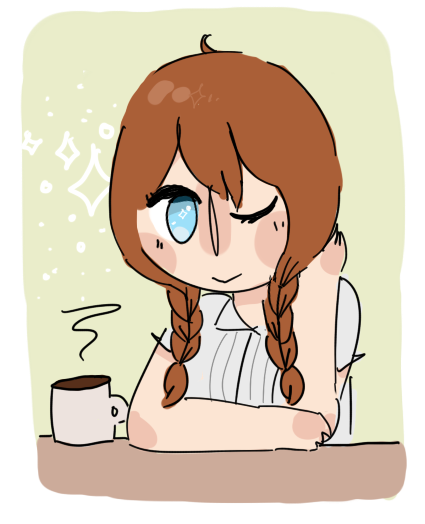