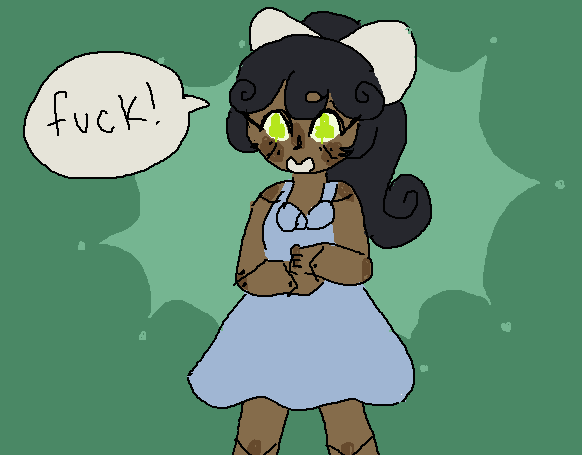 Age: She's a robot, so... it's hard to pin a number on it. She was "completed" about 8 years ago, but her AI was in the works for a while before that, and quantifying an age doesn't really mean a lot when she obviously wouldn't have aged the same way a human would.

Species: Robot. Android? Say what you will.

Voice: Higher in pitch with an almost staticy tone to it at times; it's not poor quality, but you can tell it's generated and not human-spoken. If you've heard the way 15.ai voices talk, I imagine her speech to be very similar to something like those.

Laurel is slightly tall. Her "skin" is brown, though it has a slightly desaturated, almost greenish twinge to it making it look not-quite-natural. The color is matte, hard but smooth, and the paint gives it an interesting texture. There are various seams along her body to allow for wider movement. Her eyes work like screens, glowing somewhat in dark places, and display bright lime-green clover-shaped irises over light green schleras. She tends to be somewhat warm to the touch, unless she's asleep or recently woke up.

Her "hair" is pulled into various curls and coils, cutely-styled into spirals and a curled up ponytail. It seems to be made of thin wire coated in a soft plastic, and while it's not completely stiff, it's a bit hard to move en masse, and unwieldy enough that she rarely changes it if ever. Her ponytail is tied with a large white bow.

She seems advanced enough to move around with ease. She's can hold her own, but she's not made to carry big weights or exert huge amounts of force, so she tends to keep the heavy lifting to others. She's very sturdy, enough for it to manifest in a lack of fear of things like fights because she doesn't feel like there's much other people can do to hurt her. And she's not really wrong! Physically, she's hard to the touch, not necessarily the most huggable but why let that stop you?

She has a feminine fashion style and very much prefers the ease of wearing dresses, short sleeves, and basically anything that's loose and easy to move around in. She doesn't always change her outfits as often as a person would, since she feels less need and, well, it can be a bit of a pain to do so, but she does like to dress up for outings and dates.

Yes, it was... about 5 years back, she thinks, that she was set loose onto the world. Well, that was after around 3 years of living with her original creators, but she doesn't often talk much about that. It's funny when she thinks about it; she didn't really have any idea what to do next, so she just kind of wandered aimlessly for a while. When she tried to take up a job; a lot of places reacted... oddly, due to not really expecting a robot application. But rich people love that shit, so she got accepted a position as a maid at the Gray household.

The Gray family are the local rich people who live in a big mansion. She still didn't have a "home" at that point, but when the Gray's youngest son Nathaniel found out about her situation, he forcibly changed that. A 30-year-old with a passion for doing what's right (fuelling his savior complex), he demanded his family allow Laurel a place to stay in the mansion upon finding out that she didn't actually live anywhere. She's an android, what is the worst that could happen? She's a maid here!, he campaigned. Aren't you worried about her?!

She slotted neatly into their family life, working for them for quite a while. They were, well, rich, and for that reason, strange... but she appreciated the opportunity, and appreciated her time there. When Nathaniel opened the Cream Cafe a few years down the line, he immediately extended an invitation to Laurel, and she graciously accepted.

Since then, she enjoys her time with the patrons and her coworkers, especially relishing time around people who are normal instead of rich. (Listen. You know how it is.)

Laurel is someone who tends to keep a lot of secrets. She's nice! She is your nice softspoken cafe barista who will talk to you about your day, but she tends to keep quiet on the details of her personal life. Definitely someone to keep the work and life separate. Not that she has a lot going on in her life at this point... but what there is, she keeps to herself for the mostpart.

She's generally a calm and peaceful person, but when she's very prone to getting swept up in the enthusiasm of others. Other people being excited makes her excited!!! She's also someone who gets happy over the little things... simple pleasures in life. She has a lot of fondness for animals and beautiful places, and longs to see a lot of the world. But in the meantime, she's happy to watch birds nest on the shop sign, or watch the morning sunlight stream in.

She isn't scared of the majority of things, and if you asked her what she's scared of, she wouldn't know how to answer. She doesn't get sad often either, or at least when she does she doesn't realize it; she only really feels what she considers sadness when a situation is particularly dire. She doesn't get angry much, either... she's good at dealing with angry people at work, because it doesn't phase her. In general, really, she has a lot of trouble untangling her feelings. At times she wonders if she has emotions at all... but she does, it's just hard to figure out.

She works hard, and works well, but she'd secretly really prefer to just go and have fun for the rest of her life. It'd be tough to get her to admit that, though; she has a sturdy retail persona, that she rarely lets up around anyone. She's a bit overdue for being taken out to have fun. But that's what Briar's here for, I suppose!

Briar Attaway visited the cafe not too long after opening, and hit it off immediately with Laurel. She became a common regular after that, but outsiders could get the feeling that she was there more for the girl time than for the coffee drinks. (Though she likes that a lot too.) At a certain point during this time, too, Laurel stopped living at the Grey's household and was staying in the cafe instead (she wasn't a maid anymore, so it was weird, and they kept asking her favors and it was getting annoying being around rich people all the time etc).

They spoke a lot over the next several months, long and somewhat distracting conversations, and, well, Laurel had an interest in her, but it's hard to get together with someone outside of work when you live at your workplace. A long later-hours chat with very few other customers culminated in Briar politely asking her out, and it moved forward from there.

They spend a fair amount of time out together, now, Briar taking Laurel to different places, the two of them confiding in each other. Neither of them are really equipped to leave their current living situations, but Briar keeps saying that she plans to get an apartment and invite Laurel to come live together with her. The thought of it makes her feel warm.

ugh ill do this another time 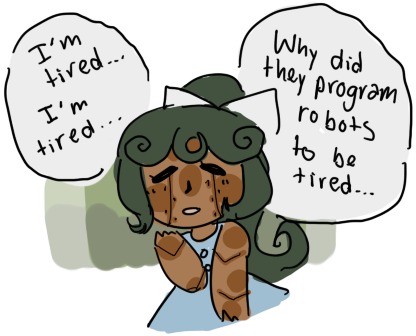 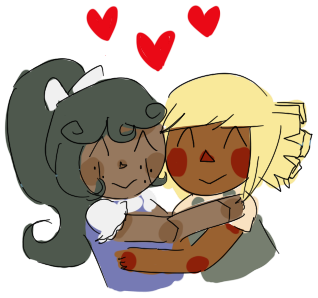 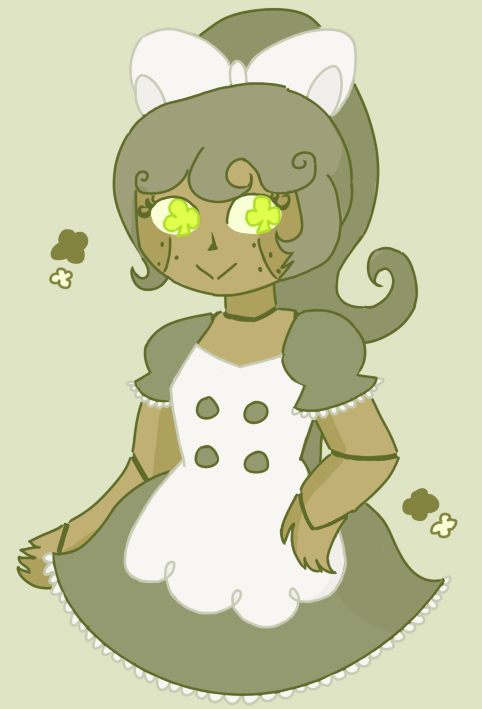