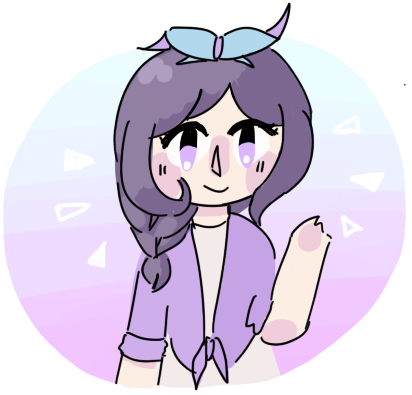 Voice: Lower pitch and kind of chirp-y sounding. She talks quickly, energetically and emotionally; it's easy to tell how she's feeling.

Eri is lanky, standing at 6'0" and being generally fairly scrawny. She has pale skin and thick, black hair that she prefers to have put up in some kind of way, usually braided into a messy side braid. Her eyes are a soft shade of light purple. She has a birthmark on her right shoulder, but there aren't many situations where you'd see it.

Eri's fashion sense leans hard on the feminine side. She likes skirts and dresses, and she likes purples and light blues, and almost all her clothes will fall into these categories. She knows what she likes! She likes hair decorations as well, often sporting some kind of cute bow in her hair. She sometimes wears mismatched socks, but when most of your wardrobe is in the same color register you kind of end up looking fine anyways.

In terms of physical prowess, she is full-on "embarassing" levels of clumsy. Simply very bad on her feet. She trips and stumbles often.

She's had a relatively normal life, honestly! She has a good relationship with her mother and a normal relationship with her father, and they both support her. She has an older sibling who moved out when she was still a kid so she kind of barely knows him. She did feel the struggle of ostracization throughout school, as an openly trans and blatantly neurodiverse individual. Her spirit isn't broken, but she's a little more hesitant now than she used to be.

Technically she's a talent OC, wherein the talent she's been prescribed is "tetsu-ota", but I'll be honest with you: I have no idea how that interest coalesces into a talent that gets her into College. She never made it into any DR roleplays so I elect not to think about it

Eri is a deeply passionate individual with very specific interests. She feels very strongly about the things she loves, gets really into it and is very willing to infodump on you if you express any kind of interest to listen. This was worse when she was a kid, being kind of hard to stop once she started, but as she's gotten older she's learned to rein herself in a little more. She still likes to talk, though.

She's a little quiet when first approached, not being the best at interaction or social cues, and as someone who talks kind of unusually (which isn't always treated with the kindest of reactions), she's not immediately the most trusting. It's not very difficult to break down her walls, though, because she really does enjoy having friends and people to talk to, and won't wait long to take up the opportunity when given.

She's a very determined person, stubborn, very bad at giving up, even for silly things (maybe especially for silly things). She's very emotional and can act melodramatic at times, and it can be difficult to tell whether she is or isn't joking. She's rather gullible and a bit of a scaredy cat, but neither of those are things she'd readily admit.

Her special interest is in trains (older ones, mainly) and vintage machinery. She knows a lot about the topic(s), and can tell you all kinds of facts, although most of this info isn't really practically useful. She has a little jar full of train tickets in her room, and her phone has a lot of TrainPix on it.

She's not in any ongoing story! She just kind of exists with the rest of them. Maybe someday they'll get to do something.

Chiyoko Maki: They're both energetic and friendly, so they get along well. Their interests don't really match up, so they aren't able to connect on that level, but Eri is happy enough to have a friend! ...Plus, she's the only other high-energy person in the group...

Shun Shikuza: Shun is friendly and eager to listen, so Eri gets a lot out of simply chatting with them about her own interests. They aren't good at talking to each other about personal things, but Eri values them highly as a friend, and considers them close, though she's not sure how good she is at showing it.

Yuuta Watanabe: The two have a cameraderie, but with him being as shy and nervous as he is, and her being, well, not like that at all, it's a little hard for them to meet in the middle. They like each other well enough, though, and Eri is quick to speak up on his behalf if it seems like he's having trouble. Gotta look out for each other, you know?

Yuri Taneda: These two don't seem to understand each other very well-- it's a similar situation to with Yuuta, but since Yuri is so defeatist, it's a little harder to get close to hir. Eri wants to get to know her better, but when Yuri keeps her distance, it's hard to bridge the gap... she hasn't given up yet, though. 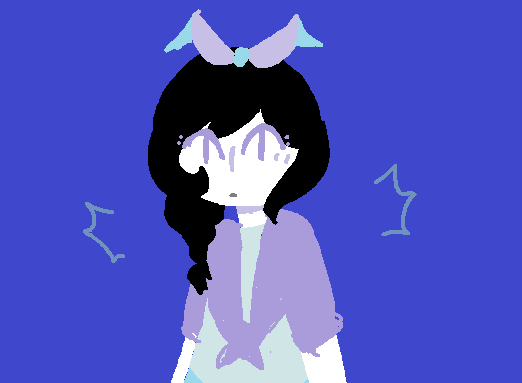 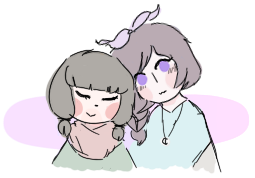 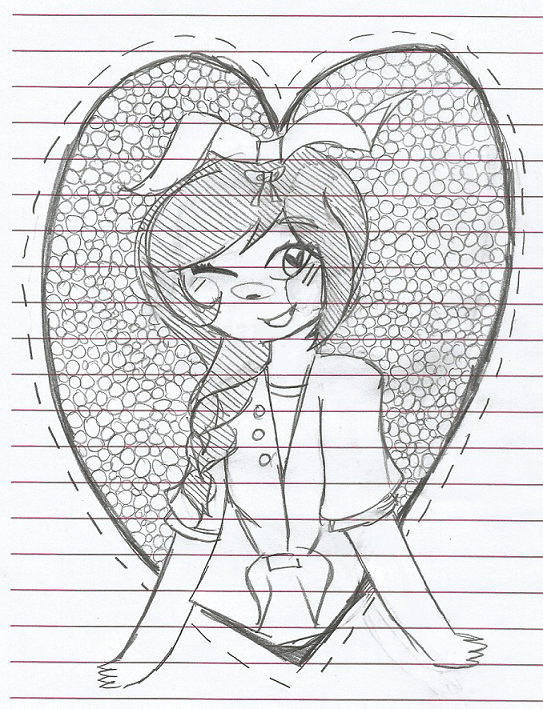 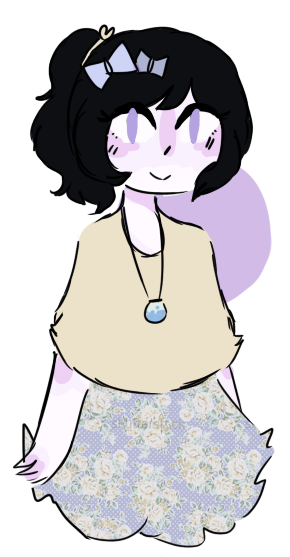