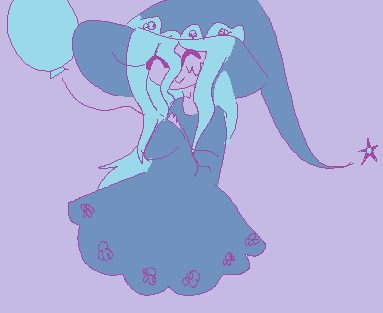 Voice: Medium-low in pitch, it flows very nicely. You feel like you could listen to her talk for a long time easily. It's a very pleasant, lilting voice.

She has very long hair, the center trail of her bangs trailing impractically down the center of her face. Do you think it makes it hard to see? She has unusally long eyelashes and very dark-colored eyes.

Due to some "problems" with her physical nature, light has trouble reacting to her, causing the colors of her hair, skin, and clothes to have the appearance of changing constantly. She's different colors each time you look at her, and she's unusual to look at, almost like some kind of living illusion.

Her height and weights are incalculable. There seems to be nothing to her body past her torso; she simply disappears into the frills and fluff of her dress. Her corporeality also seems to change; sometimes, she has no physicality, and you can move through her entirely, and other times, she's physical enough to touch, though she's never 100% corporeal; you'll always be able to move through her to some degree. Look out, if you're planning to hug her.

In addition, she seems to be perpetually dripping with some kind of unidentifiable fluid. She's slimy! It seems to disappear into nothingness after dripping off of her.

A late night in mid-November, a body was dredged upon the shore of the river. Later identified as Camellia Marsh, it was assumed to be a death by drowning, but any other details were never sussed out. A few locals reported seeing her a few days prior, but saw nothing suspicious, and that was as far as they got.

As anyone does, Camellia became a ghost. But something unusual happened, when she did; being a born witch, destined for magic, the universal mechanism that set her powers in place clicked into action at the same time as she died. This, of course, isn't supposed to happen, and the happenstance caused essentially a "glitch" to occur.

An error of the universe, Camellia now lives an unusual existence, more 'alive' than any ghost, less 'existant' than any person, with unpredictable and unprecedented magic. Finding herself in this bizarre situation, 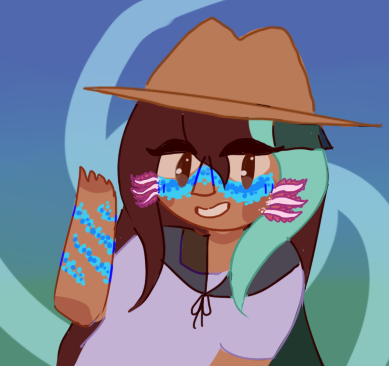 Voice: Medium-low in pitch, it flows very nicely. You feel like you could listen to her talk for a long time easily. It's a very pleasant, lilting voice.

Camellia has medium-dark brown skin and dark brown eyes. Her hair is long, a saturated warm plum-brown color, save for one section of hair just to the left (her left) of her face. I don't have to fill all thsi out right now why am i doing that

Astro: The pair travel together, having lived in the same town before. Camellia is happy to have a travelling partner, and Camellia likes her new friend, though she really just treats everybody with the same careless attitude. Who knows what's going on in her head.

Alto: Camellia doesn't really "get" her at all. They're basically opposites, after all; she's serious and strict, which is everything Camellia isn't. That doesn't mean she doesn't like her though, and she sees it as a bit of a challenge to try to get Alto to have a little fun, not that Alto will appreciate that at all. 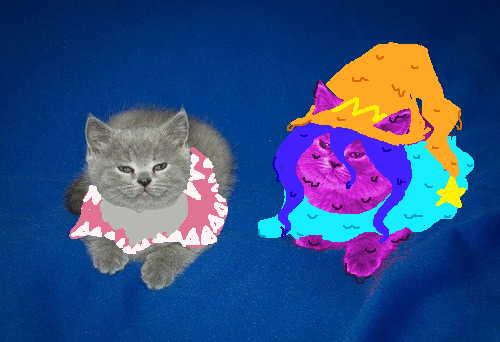